Who Will You Meet?

One of the most repeated questions when anyone signs up for the HPT-Transformation seminar is: 'Who will
I meet?'

I always give the same answer if it is me they are asking.
"You will meet a lot of people, but one person will stand out among all the others. That is the most important person you will meet. Yourself!"

When I say "You will meet yourself" I mean the various versions of yourself.

You will meet your Social Self.
This is the person everyone thinks they are.  It's the self that's familiar, comfortable and automotive.

Finally, you will meet who you REALLY are!
And you will be amazed to know that until you meet that person, you will have no idea who that is!

Who you believe you are bears no relation to the reality of who you really are.

Who you really are is far more powerful, far more capable, and far more YOU than you have EVER been in your life up to that moment!
Posted by Dave Moore at 16:10:00 No comments: 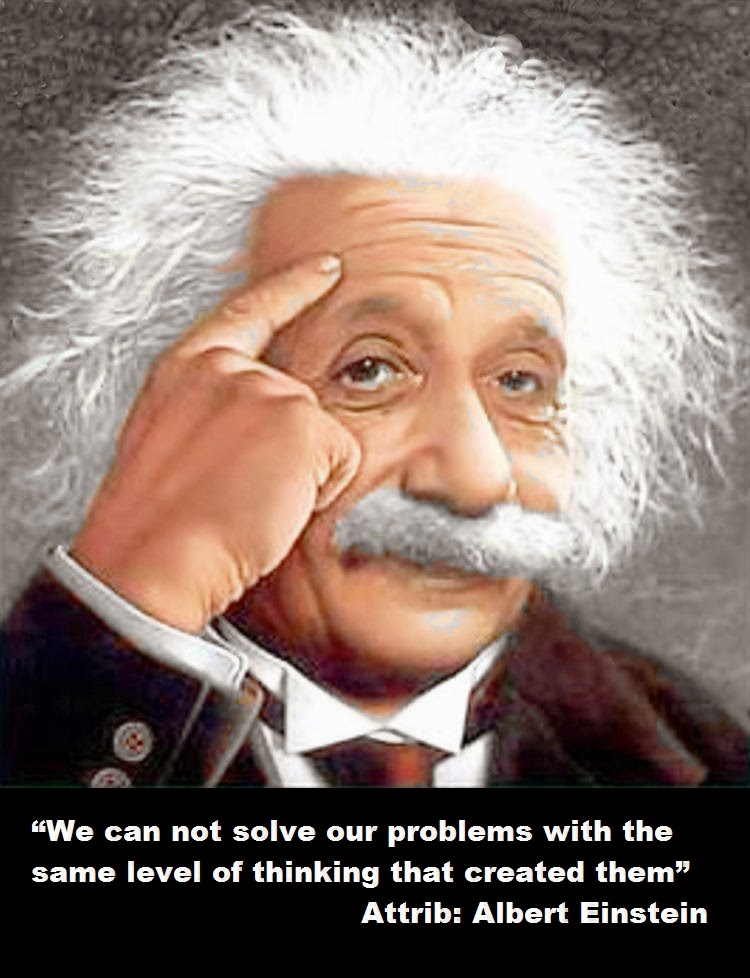 I have no idea if this is a quote from Einstein.

Whoever said it was absolutely right though!

A problem is created from a level of thought.  Once we create that problem, or the circumstances that create that problem, we have to change that thought process to fix it.  If we don't, we will be forever bound to the mindset of problem creating and not problem fixing.

We make one major mistake!

We assume that a higher level of thinking is required to solve the issue.  This kind of thinking, as has been demonstrated over the years, is totally wrong!

Sometimes it takes ages, years, for someone to come up with an answer.  That's because of two reasons.
1. They are working along the same guidelines, principles and thought processes that created the problem in the first place, and
2. They are so close and engaged with the problem from a perception of 'solving' that they can see nothing other than the problem.

Amateurs have been known to solve very complex problems that scientists have laboured over for years.

People can get 'caught up' in a problem.  They engage with it, stay with it and eventually see nothing but the problem.

But sometimes, a fresh pair of eyes, like a consultant with no need to conform to red tape, policy, protocols and guidelines can look at something and see exactly what needs to be altered, changed or transformed to make it work.

A truck is travelling along a country lane; the driver takes a blind bend and sees a low-level bridge straight in front of him. He hits the brakes, but he’s too late. The truck slides into the bridge and is stuck fast. The driver attempts everything but his truck just wont move. Hours later the Police and Fire brigade are there trying to release the truck. The road is closed off and it’s starting to get dark. The Firemen are just about to start dismantling the bridge when a small child rides past on his pushbike. He looks up at the Police and shouts "Hey, Mister, why don’t you let the tyres down?"
----------
A delegation of Dutch prison officers visit an English prison and are amazed at a very large and expensive looking piece of steel machinery on wheels.  It has claws, a battering ram and large pistons.
“What's that?”  They ask.
The prison governor puffs his chest out and says:
“This is the latest state of the art piece of kit to deal with prisoners barricading themselves in their cell.  It can push the door in and then clamp and lift the door off.  It costs £150,000.  I bet you would like one of these to deal with your prisoners who barricade themselves in!”
“No need,” explains the Dutch official. “All our cell doors open outwards.”

Sometimes the obvious is just TOO obvious to be seen if you focus on the problem rather than the solution. 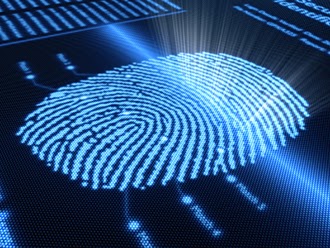 The way a person rationalises in a contextual framework of significance and evaluates previous actions, feelings and thoughts is what provides them with an identity. The alternative is to be able to be aware of the present situation and to recognize they are the cause of experience and to have aliveness. This detachment frees you from what are identifying with.

To do this you only need to be aware that you are the source of that with which you previously identified. Unfortunately so many people act with an identity that is a monument to their past. The person comes to view themselves and their life as the result of what has happened to them. This "point of view" gives them the illusion that they"know" why events occur and the "whys" almost always are seen as existing outside their control.

The funtion of "being" is based on the reality of the moment of existence.  Being is the awareness, the recognition and the attention to the experience at hand. Furthermore, it is at the cause of experience. It is to "be" something rather than to "have" or "do" something.

The functions of mind and being are that as one dominates the other recedes, rather like those clocks that have a man and a woman taking turns to come out depending upon the weather. The point of view, once you have established it, tends to perpetuate itself so if a point of view about oneself or others is threatened by new information, the records of the old experience come into play, and determine the current behavior and limit any sense of being.

"It is the dominance of the mind function, the need to protect an identity rooted in past experience, that limits a person's satisfaction and sense of completion. For instance, an individual who views himself as an unhappy person will act to protect this point of view and, in order to be right (another function of the mind), will continue to be unhappy. The person as a mind or identity will justify, explain and find reasons to support his unhappiness. He will even find it righteous to be unhappy, and yet this activity will never bring the sense of satisfaction desired. His action will be grounded in the past, and it will deny him a full participation in the present."

Some of the common attitudes and activities associated with the protection of identity include the need to be right while making others wrong, the need to dominate the situation while reducing the effect of others, the need for self-justification that results in the invalidation of the ideas of others and the sense of self-righteousness that provides an illusion of survival. Self-righteousness, for example, can take various forms, such as the attitudes that "I am poorer than thou," "I'm more stupid than thou," and "I'm more tragic than thou." It generates a kind of reverse superiority.

These are patterns of behavior that most of us demonstrate in our daily lives. They are not necessarily the gross examples that have come to be associated with cases of neurotic or psychotic personalities. The "point of view" is a function that we all possess, and it is that aspect of our lives that limits our ability to be authentic, to create new experiences and to see life as it exists in the present. Patterns of behavior that are expressed in the need for success-or inferiority or superiority-can dominate an individual's life, as in the case of the neurotic, or can be found in the everyday games played by normal individuals. In each situation the persuasiveness of the point of view limits the individual's experience of aliveness and likewise affects the relationships he establishes.

The example of a person who develops an attitude of inferiority based on early experiences will serve to illustrate the mind's dedication to its own survival as well as demonstrate the resulting pattern of personal relationships. If early experiences have diminished a person's feelings about himself, he will tend to act out these feelings in subsequent behavior. Reinforcement may come from old interpretations of new interactions and he may come to expect or create further personal devaluation. Over time this pattern, this point of view, becomes more thoroughly substantiated and the individual assumes the identity of inferiority. The individual also develops reasons to explain his feelings and behavior and these help to defend him against any threat from situations that do not support his concept of personal inferiority. Within this context the mind is dominant and behavior is automatic no matter how well explained.

For the identity of inferiority to remain whole and right the activities of those who attempt to help will be perceived as wrong, just as those who attempt to criticize will be wrong. The helper will fail in his attempt to change the individual; the critic will receive blame as the source of negative feelings. The person with inferior feelings ultimately considers himself right because "It's the way things are," and "I can't help it." Each attitude is controlled or dominated by the condition of inferiority; a condition based on a point of view developed in the past and defended to protect a sense of identity.

While this is an exaggerated example, it expresses the model for everyday situations in many of our lives. It demonstrates the purpose and methods involved in the way we deal with disagreeable situations, differences of opinion, upsets with others, disappointments and unfulfilled expectations and the infinite variety of circumstances perceived as threats to our personal identity. This identity is at odds with a clear perception of the present, with an acknowledgment of responsibility and a personal sense of aliveness and satisfaction.

After a few weeks of travelling and presenting Transformation seminars in Jersey and in London I am glad to
be able to say, I am home for a week.

I came home from the London seminar just in time to take part in a Google Hangout with +Connie Avila-Von Leitner for her #GlobalTransformationShow.  It was a pleasure and an honour to speak with her about Transformation.
The result can be seen on my website here: mooreconsortium.com/mediapage or on Connies site at ConnieImage or on YouTube.
Connie is a very intelligent and knowledgeable lady and it was great to hangout with her and talk about a subject that is core to both of our businesses.

The Jersey seminar was a blast, as you can read from my previous post.  This was a seminar for personal Transformation and used the pure HPT-Transformation program.

The London Seminar was "Transforming Bosses into Leaders".
An unusual concept as most people only tend to consider someone else as a boss or a leader but here, we presented a program to people, managers and directors who are already in a position of 'authority' but want to run their company from a position of Leader rather than Boss.

It is clear to see that the distinction between Boss and Leader is evident in our society and the benefits of being a Leader rather than a Boss are important, not only to the people being led but the person leading.

The qualities are quite different, and the abilities are different, but dealing with the mindset is another thing entirely and it was a very valuable seminar for all concerned, especially US as we learn just as much as the people we teach.

The Consortium will be rolling out the new 'Transforming Bosses into Leaders' program soon and further information will be available on the website. 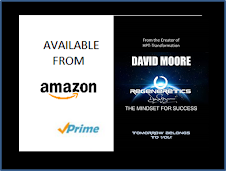 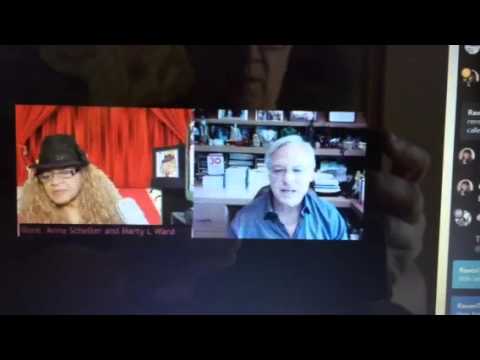